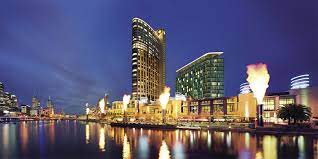 Blackstone has increased its indicative offer for casinos operator Crown Resorts (ASX: CWN) from $12.50 per share to $13.10.

The cash offer, for shares worth nearly $8.7 billion, was announced on 13 January after Blackstone had been given an opportunity to examine non-public information during initial due diligence.

After considering the revised proposal, including obtaining advice from financial and legal advisers, Crown’s board considered that it was in the best interests of shareholders to continue engaging with Blackstone on a non-exclusive basis, the company said. It hoped this would enable Blackstone to finalise due diligence, negotiate terms of an implementation agreement and put forward a binding offer.

Crown said, assuming Blackstone made a binding offer at no less than $13.10 cash per share, and agreement could be reached on a binding implementation agreement, its board currently unanimously intended to recommend shareholders to vote in favour of the proposal in the absence of a superior offer and subject to an independent expert concluding the transaction would be in shareholders’ best interests.

The revised proposal involves Blackstone acquiring all of Crown’s shares that it does not already own – Blackstone has 9.9% stake which it acquired from Melco Resorts & Entertainment for $8.15 a share in April 2020 – via a scheme of arrangement. The proposal is subject to the same conditions as Blackstone’s previous bid, reported by Crown on 19 November, including Blackstone receiving final approval from the casino regulators in Victoria, NSW and WA.

Success of the bid is also dependent on acceptance by James Packer controlled Consolidated Press Holdings (CPH) which holds a 37% stake.

CPH issued a statement which indicated it was biding its time on a decision.

“CPH will review all documents released to the market by Crown relating to a binding control transaction prior to making a decision regarding its shareholding,” the statement said.

By making engagement with Blackstone non-exclusive, Crown has kept the door open for potential competing bids.

Crown’s financial advisers on the Blackstone proposal are UBS and Gresham Partners and its legal adviser Herbert Smith Freehills.