Super and infrastructure funds to pay $1.2bn for port 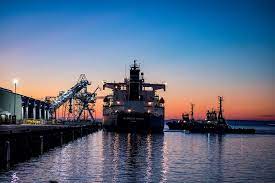 Spirit Super and Palisade Investment Partners are to jointly acquire the Port of Geelong from Brookfield and SAS Trustee Corporation for $1.2 billion.

Spirit Super will hold a 51% stake in the business, known as GeelongPort, and Palisade 49%.

Geelong, about 70km south-west of Melbourne, is Victoria’s second largest port and its largest port for bulk cargoes. GeelongPort deals with about 24% of the state’s shipping trade worth around $7 billion annually and will soon become the Victoria terminal for The Spirit of Tasmania ferry service.

The transaction is expected to close before the end of March.

Palisade already owns the port of Portland in western Victoria.

Spirit Super, which has about $26 billion in funds under management, was formed in 2021 with the merger of MTAA Super and Tasplan.