Incubator will step up biotech commercialisation 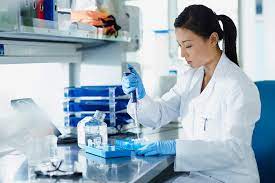 A federal government-funded biotech incubator is to be launched next year as a first step to increase levels of commercialisation in the sector.

CUREator, a national initiative backed by the Medical Research Future Fund (MRFF), is now open for expressions of interest.

CUREator will receive $40 million in MRFF support and will be run by the Brandon Capital-managed Medical Research Commercialisation Fund (MRCF).

Veteran of research commercialisation, Dr Simon Wilkins, co-founder of Melbourne University initiative Translating Research at Melbourne (TRAM), will be head of operations at CUREator. Wilkins is also an adjunct professor with the Melbourne Business School and teaches in its award-winning BioDesign Innovation program.

Australian biotech researchers and entrepreneurs can apply for funding from CUREator which aims to nurture up to 40 promising research discoveries, and early clinical stage assets, over the next three years. The objective of the incubator will be to nurture the projects to a point at which they will be ready for further investment.

Expressions of interest are now being sought for a first cohort with funding to be awarded in early 2022.

Wilkins said: “CUREator is for any biomedical researcher who has had that crucial ‘ah ha’ moment. We classify this as the moment a researcher realises their discovery could change a disease state and make a real impact in the world.

“Australia already produces some of the world’s leading biomedical research and we have a proven pedigree in clinical development, however, many promising discoveries are still not getting to the point where they can be developed into new drugs and therapies. We want to change this and give this field the runway and support here in Australia to go and capture global markets, just as our trailblazing tech companies have.”

CUREator will deliver two streams of activity and any Australian small to medium size enterprise (SME), or life science researcher at an Australian university or research institute, is eligible to apply for funding.

The first stream of $20 million will provide capital and hands-on expertise to guide the development of at least 25 promising preclinical biomedical technologies through to proof-of-concept where they will be ready for further investment. Successful applicants will have already established a company structure, or will do, so as part of the incubation process.

The second stream of $20 million will provide capital to support the clinical development of novel, clinical stage drug therapies to treat disease. Opportunities that successfully receive funding through this stream will also be able to apply for matching investment from the MRCF.

Together, the two structures will result in up to a further $60 million being invested in the biotech industry over the next three years. Companies that successfully go through the incubator program may also be eligible for follow-on investment from the MRCF’s $700 million life sciences fund, the largest in Australia and New Zealand.

“Up until now, Australia’s life science investment community has only been able to choose from a small number of ripe, investment-ready biomedical discoveries,” Wilkins said. “With CUREator, we have the ability to nurture an entire orchard of opportunities on the path to commercialisation in a systematic way.”

“With CUREator, we now have the capital, national co-ordination and access to Brandon Capital’s proven commercialisation expertise to fund and nurture the next generation of Australian biomedical discoveries,” he said.

MRCF chief executive Dr Chris Nave said CUREator was a great start, but medical researchers and biotech entrepreneurs required on-going access to larger volumes of similar investment capital for Australia to achieve the health and financial dividends the country deserves from the significant level of investment it provides for early research.

For those interested in learning more about CUREator eligibility, Brandon Capital will hold a webinar on 17 November.